Laura Martin began working in the Averill Park Central School District as an Itinerant Therapist in 1994 before becoming the Occupational Therapist the following year. Now, 28 years later, she is ready to retire.

“Through the years, families have said they moved into our district specifically for our Special Ed program,” she said. “It was a great program with leaders of Jo, Leslie, Barb, Kate and now Camille. I have always worked pediatrics, whether it be preschool, school aged, or Department of Defense Dependent Schools / AFSEC.”

Ms. Martin originally became interested in working for a school district as a teenager through her sister and began volunteering at RCG BOCES during the summers.

“Watching and being part of student growth and development has been wonderful,” she said. “I loved when we had George Washington as part of our district and our special ed ‘team’ approach with ability to think and work outside of the box for over 25 years. I will definitely miss the children and the good old days.”

Ms. Martin plans to continue the work she loves through some part time gigs, and will continue to be a caregiver to her mother. She may also travel a bit. 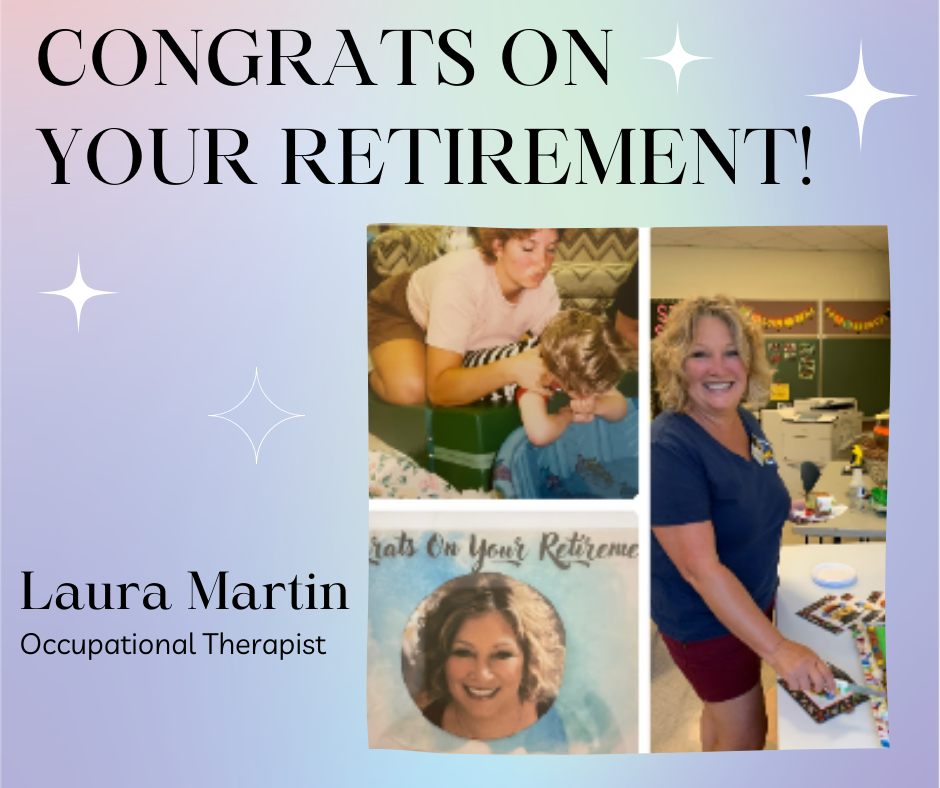